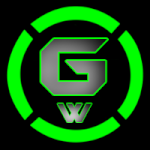 This is a Vid I made using some of my most favorite Lego ships. Most of them are based of star trek others are just random. Also you may have to look carefully as my laptop's camera has S*it settings which I need to fix. Anyway enjoy. 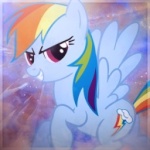 The first one is an Intrepid.

that one is a Norway.

One is a Klingon Bird of prey.

and thats all i got from that vid....the others were to blurrey, good
job, keep up the good work! (is a shame your laptop camera messes up
the pics :/)

All correct apart from thew Noway, that one was a Fan-Made vessel of mine and is a time ship. But thanks. I have a small shuttle type on and I am also working on a Romulan Defender Refit.

Yeah my laptop's camera isn't very good but I shall try and see what I can do with the settings and I'll see if I can make it clearer. I also will make another Vid with a few more ships in it. And better music.

Also I have recently created my own version of destiny and just to add on I have added weapon slots and even the Buzzard Collectors that they use to collect the Sun energy.

Thanks I am glad you enjoyed.

1. Intrepid Battle Class (My made up one it does not have folding nacelles and it has more weapons.)
2. Jet Fighter 460-A (My own Stargate fighter with Asgard and ancient tech)
3. Kronarian Science Vessel (Kronarian Science vessel is a ship for my made up race in whom have superior tech strength and mental powers to any other race in the milky way. They live in the Andromeda galaxy)
4. Bird of Prey Dreadnought (This type has double armed disruptor wings as well as Klingon phaser banks on the top and bottom. and it also has 3 forward firing torpedo bays.)
5. Star-fire Class (This is my made up class of my ship the U.S.S Corolinance NCC 90998. This version of it is also the refit I made from a similar one which is not in the vid)
6. Quantum Class (Again made up and this is a Time-ship in the 32nd century star trek era. This particular ship is the re-take of my U.S.S Corolinance)
7. 320-B Fighter (My half version of a jet fighter with a mixture of Asgard Ancient and Klingon Tech, as you can tell it's Multi Sci-Fi based.)

Hope you find that interesting

Yeah so I have made a Second one with most of the previous ships in it again but also with some new ones and a better soundtrack. (Maybe not as good quality) I think you'll like this one EP I also attempted to clear up my camera. It's not as sharp and the brightness has been lowered which helps tons. So here it is and Enjoy.

(P.S I aint gonna name them all in this vid.)

So what do you think of the new ones?

(P.s Here is something handy for you all if you don't know already. If you want to get the soundtrack of a YouTube vid for free use this)

http://www.listentoyoutube.com/ It can get the soundtrack off (Usually) Any vid.

Hey, i want you to make a Large Galaxy Class Starship, no modifications
to it, try to make it look as close to the U.S.S. Enterprise-D as you
can, and if you have enough lego's, make it big enough to put the
bridge on it.

Up to the challange?

I would do it but i lost like half of my lego's in boxes and such.

I'll attempt but I have a bad feeling about this. How big do you want it? (I can't have it model size but I may be able to do it if it's the right size.)
If I can make it I'll attempt to find a black marker and I'll write U.S.S Enterprise NCC 1701-D.

(I also cannot Guarantee it'll all match in color. As I haven't got enough to do it completely the same.)

(P.s Sorry EP I couldn't get it finished, didn't have all the needed parts, also the Pics are sh*ty so look very closely.)